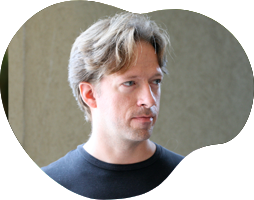 David is a web developer and designer at IronStride with 20+ years of experience. He is comfortable both front end and server side and has extensive experience in the IT & Telecom industries.

He got his start in web development while employed as a Lecturer in Astronomy when, at the dawn of the Web, the Physics department needed a home page. As no one else among the departmental faculty was inclined to take on the project, David rose to the challenge and discovered a future career direction into the bargain.

Accordingly, he has been online since before there was a World Wide Web and remembers setting Alta-Vista as his browser homepage before Google became a verb. He survived the dark days of Internet Explorer hegemony and now revels in the development diversity of the current browser landscape and ubiquitous culture of web standards.

An avid traveler, he has visited multiple countries and has travelled to all 50 states, the majority of them via extended road trips in a cramped sports car. He’s hiked Death Valley in 130-degree summer temperatures and was chased by a bear in Alaska, though the bear’s heart didn’t seem to really be in it.

He met his wife on the school bus in 6th grade. They’re the proud parents of a smart, talented, over-achieving daughter who is currently killing it at Oregon State. He shares his house with three needy cats and a lovable, mahogany shaped dog who really should consider barking less but probably won’t.

An Eagle Scout and all-round good guy. In his mind, he’s always in Hawaii.